Under his new remit at Henry Adams, Martin will be bringing his depth of industry experience to the independent agency which has a network of 16 sales offices and sells more than 400 new homes a year. He will be based at the agency’s offices in central Chichester from where Martin will be responsible for new homes sales across West Sussex, Surrey, and Hampshire.

The successful new homes operation is currently led by Susan Wadsworth, an equity partner in the Henry Adams group. Susan will continue to oversee the strategic growth of the department.

Martin Leggett, head of new homes sales at Henry Adams Simply New Homes, said, “When I first heard about the opportunity to join Henry Adams, I was keen to know more having worked with them on a number of projects in my previous role. Henry Adams is a very professional brand that has built an excellent reputation over the years. When I first met the senior leadership team, I was very impressed with the way they operate. The ethos is friendly and welcoming but very focused at the same time.

“I’m looking forward to this new venture where I can bring my experience and skills to support our wide variety of developer clients, ranging from national PLCs to one-off projects. I’ve been made to feel part of Henry Adams already.”

Martin will be working closely with Susan Wadsworth to extend the area covered by Henry Adams Simply New Homes. He will also work collaboratively with the company’s Development Land & Planning team, led by David Adams and Martin Curry.

Susan Wadsworth, partner at Henry Adams, added, “Martin is used to working at the fast pace our housebuilder clients and customers have come to expect so I’m sure he’ll hit the ground running. This is a huge opportunity to take the reins at a very successful department and drive it forwards. I have always found Martin to be very approachable and equally driven, so I’m confident he’ll be a great asset to our clients as well as the Henry Adams group as a whole.”

Martin lives in the village of Small Dole in Sussex and outside work, often can be seen taking his boat out from Brighton Marina along the southern coast to Chichester and the Solent.

Discover choice and value, high quality design, superb specifications, no DIY to worry about, lower running costs and the peace of mind that warranties and guarantees bring.

GROSVENOR PLACE, ROWLANDS CASTLEImperium Homes are building a high quality development within the sought-after village of Rowlands Castle beside... 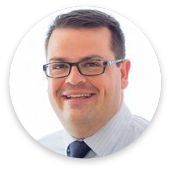 Cookies help us improve your Simply New Homes online experience. If you accept their use, continue using our site. Or, find out more about cookies.